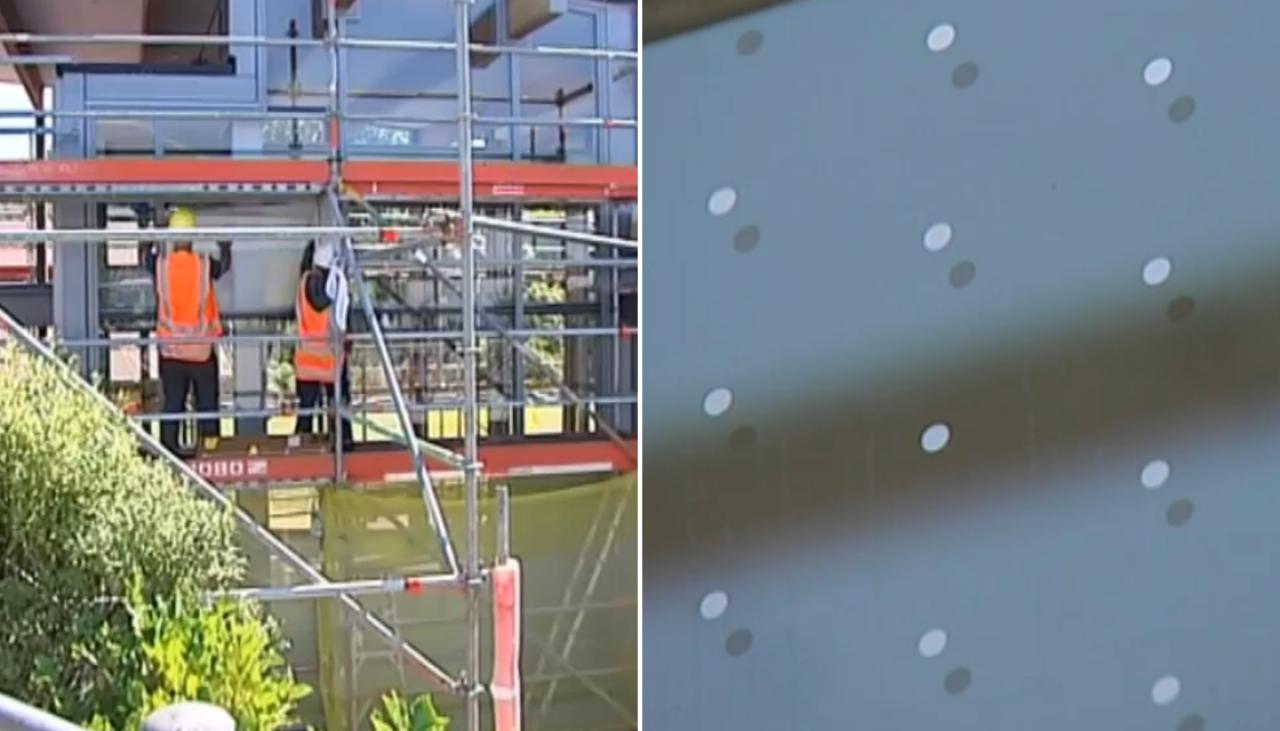 The Upper Terminal turns out to be the mortal danger as it is in the middle of Wellington’s main bird flight path.

“It’s right between the Botanical Gardens and Zealandia and all the native birds fly between those two points here and they run into a glass building that the birds can’t see,” says Urban Wildlife Trust’s Tony Stoddard.

At least 100 native birds have succumbed to the unseen killer in the past three years – kererū are the most affected.

“When we bring the birds back to Wellington, it’s very different from what they looked like when they lived here, so it’s very important to change the way we live with the birds,” says Gini Letham of Zealandia.

To do this, $30,000 was raised to protect air terminal windows from birds using Canadian decal technology.

“When you look at it from the inside out, it doesn’t make any difference. But when birds fly towards the glass, they see it as a solid surface and they don’t pass through it,” says Piotto.

This could save thousands of dollars rehabilitating injured birds and help keep our native species alive.

“Even though they are just a small dot, they mean such a big thing to these birds because it means they can live another day,” Stoddard said.

A spokesperson for the Department for Business, Innovation and Employment said: “New Zealand does not have bird safe building legislation. New Zealand bird friendly building laws and regulations of construction focus on the safety of people rather than wildlife.”

It is hoped that commercial building owners will embrace the technology.

“It’s such a simple solution and it will save so many lives. It just goes without saying to me,” Letham said.