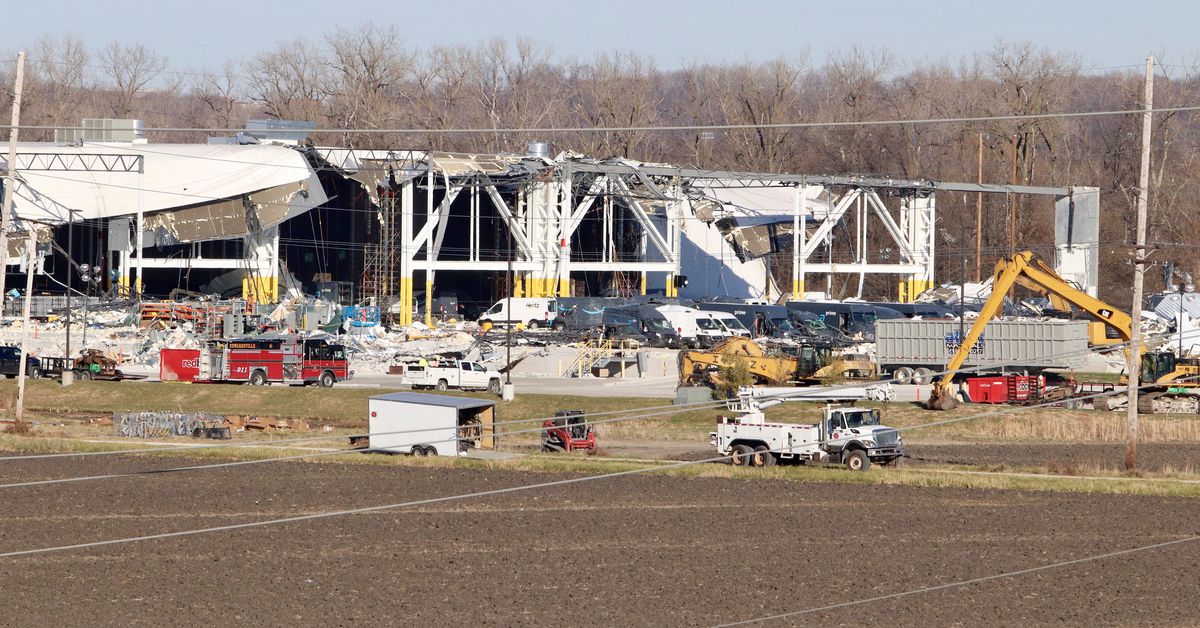 Amazon will not be fined or cited by US security officials after a tornado caused one of its Illinois warehouses to collapse, killing six workers, according to a letter sent to Amazon on Tuesday by the Occupational Safety and Health Administration (or OSHA). The regulator says it has some recommendations for the company after its investigation, where it interviewed workers and reviewed records and the facility’s emergency action plan.

OSHA’s letter still flags a number of concerns about Amazon’s handling of the incident, including an unnecessarily convoluted process to sound the alarm. When the order to shelter in place was first given, managers had to shout at employees instead of using a bullhorn since the bullhorn was “locked in a cage and inaccessible”. Some workers did not know where the designated shelter was located in the facility, while others had never done a tornado drill.

Some Amazon employees have accused the company of not providing sufficient training or emergency communication at other facilities. One employee recalled having to shout evacuation orders to her colleagues in response to a chemical leak.

As described by OSHA, the deaths were the direct result of confusion between the facility’s two restroom locations. The designated shelter for the building was the facility’s north restroom, and according to the report, officials told employees to go to the restroom about 10 minutes before the tornado touched down. However, some workers went to the south toilets instead, unaware that they were not designated as a shelter. According to a CNBC report, at least five of the six workers who were killed in the warehouse were sheltered in the south toilets.

The posted maps showed the correct shelter, but not the written emergency action plan. OSHA also says that while the plan included a section on severe weather, it was not “tailored with specific instructions associated with the anticipated hazards expected for this facility and it contained items that would not be encountered at Edwardsville, IL, like a hurricane.”

The regulator has recommended that Amazon voluntarily take steps to address these issues, but that appears to be the end of its involvement. According to CNBC, OSHA’s assistant secretary of labor said that “there is no specific citation [the agency] can issue in light of actions at Amazon.

The OSHA report did not mention structural integrity issues at the warehouse, despite concerns raised by experts and an attorney working for the family of one of the slain workers. The lawyer quotes a structural engineer who said the structural support columns may not have been installed correctly, although the engineer warned that further analysis would be needed.

Although OSHA has ruled out legal action, the incident is still under investigation by other government agencies. Earlier this month, the House Committee on Oversight and Reform asked Amazon to turn over documents, information and records about its emergency protocols.

Disclaimer! Verve Times is an automatic aggregator of all the media in the world. In each content, the hyperlink to the main source is specified. All trademarks belong to their rightful owners, all materials to their authors. If you are the content owner and do not want us to publish your materials, please contact us by email – [email protected]. Content will be deleted within 24 hours.