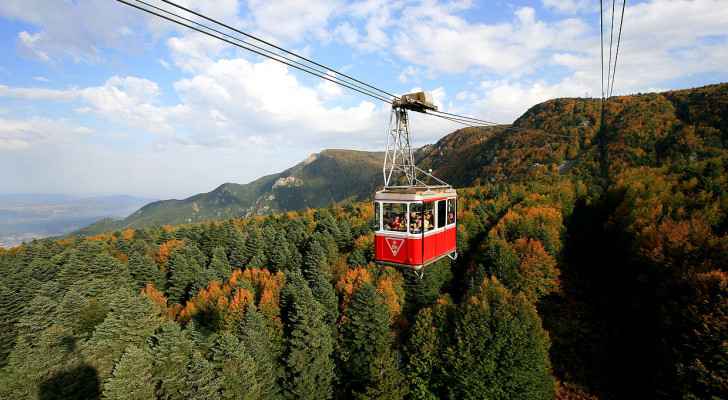 Aerial tramway engineering team leader, Engineer Arwa Al-Hiyari, said the inspection, calibration and examination of cable car cabins have started as part of the activities related to the examination. and system operation.

She said that citizens and visitors to Ajloun will, in the coming period, see the cable car cabins (closed with temporary cover for protection and safety) on the cable car, moving between the towers, which total 40 cabins, while they are subject to inspection. , control and calibration operations using payloads and weights.

Every effort is made to ensure that it meets public safety standards and requirements.

Hiyari noted that during this stage, no one is allowed to enter or use the vehicles, according to the technical procedures followed by the Austrian company Doppler, the manufacturer of the system, during this stage.

She said work is currently underway to examine the aerial tramway and cabins under several hypothetical operational scenarios for different weather conditions and for varying and multiple operational loads.

The project consists of two departure stations in the forests of Ashtafina and an arrival point, located 550 meters west of Ajloun Castle, and includes 40 cabins, each with a capacity of eight people.

The duration of each trip between the two stations is 10 minutes one way along the 2,552 meter tram track.