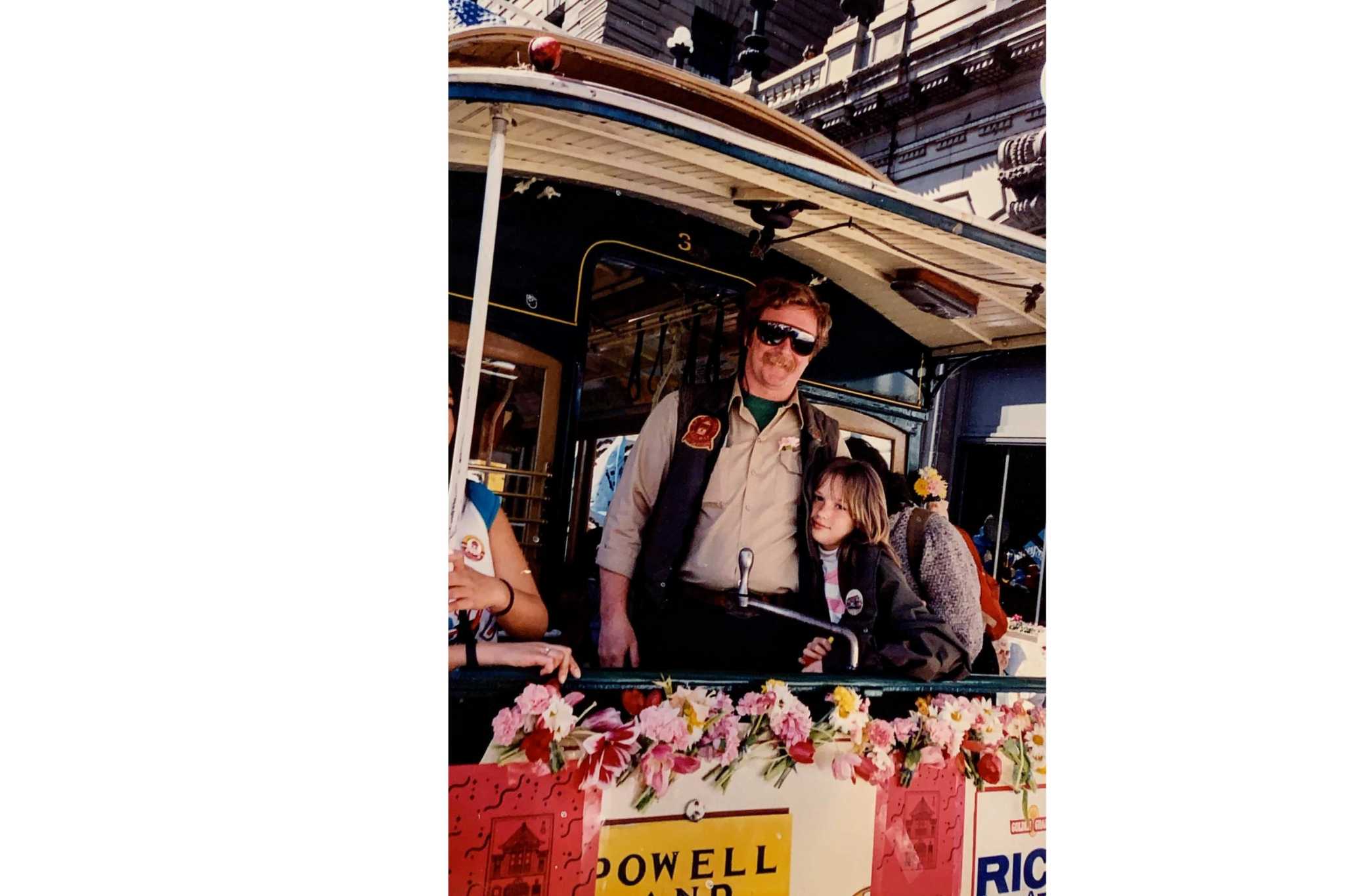 As the southbound cable car climbed the Hyde Street hill, driver Charles Gerstbacher was on the rear platform, unable to see the vehicle which slammed into the front of the cable car at full speed.

The collision caused the gripper in front to lose control of the cable as gravity pulled it backwards down the steep slope.

The gripman, Ray McCann, was knocked down and disoriented, leaving Gerstbacher to fight his way through the dazed and terrified passengers and prevent the runaway car from returning to Fisherman’s Wharf and through the crowd of tourists waiting at the turnaround.

“We were out of control,” Gerstbacher said later. “Ray was bleeding from the back of his head and was trying to stop the car. I walked over and tried to help him apply the emergency brake.

It was August 12, 1984, a heartbreaking event that made national and international news. Gerstbacher, who was always shy about telling the story, died Feb. 8 at California Pacific Medical Center’s Van Ness Campus, his daughter, Kelly Gerstbacher, said. The cause of death was aspiration pneumonia. He was 76 years old.

Gerstbacher worked for Muni for 28 years, all on the cable car line. He reported for work the day after the Hyde Street accident and continued to work with McCann, who died in 1997.

“My dad used to say he liked working on the cable car because you were an ambassador for the city,” Kelly Gerstbacher said. “He was a third-generation San Franciscan and loved the city and told people where to go and what to see.”

Charles Thomas Gerstbacher was born February 2, 1946 at the old Stanford Hospital in Pacific Heights and grew up in St. Francis Wood. His father, also named Charles. was principal of the AP Giannini School, and his mother stayed home to raise three sons and a daughter.

Gerstbacher attended Commodore Sloat Elementary, Aptos Middle School, and Lincoln High before transferring to Drew Academy. On Halloween night of his freshman year, he met Cathy Mazotti, who lived in Diamond Heights. Their first date was for ice cream at Shaw’s on West Portal Avenue, followed by “Mutiny on the Bounty”, with Marlon Brando, at the Empire Theatre.

Gerstbacher graduated from Drew in 1963 and went to Parsons College in Fairfield, Iowa. It was the first time he had left the only house he had ever lived in, and it didn’t fit. He was back home within two years, having transferred to the University of San Francisco. Due to be drafted for service in Vietnam, he joined the United States Marine Corps Reserve. After basic training in San Diego, he spent six years in a reserve unit based on Treasure Island.

On February 7, 1970, he and Mazotti were married at St. Paul’s Catholic Church on Church Street. The newlyweds bought a house near West Portal, six blocks from where he lived with his parents.

In 1974, he and his childhood best friend, Rick Land, opened Stoneway Records on Ninth Avenue, but it only lasted a year before a chain of record stores moved into the neighborhood. and oust Stoneway.

The one thing he loved almost as much as playing records was riding the cable cars, which he and his wife used to do as teenagers, taking the streetcar to Powell Street and then the cable car to ‘to Ghirardelli Chocolate, a one-hour ride each way for the reward of a hot fudge sundae.

“He always rode upright on the skate,” recalls his wife. “He loved the thrill of leaning down the hill.”

Thus Gerstbacher became a cable car operator. He started out as a gripper, operating the big lever that attaches the car to the underground cable. But his back gave way from the strain, so he moved on to conductor, collecting fares, handing out transfers and serving as a tour guide.

“Charlie was well-liked and a pleasure to work with,” said Al Quintana, a champion cable car ringer who worked with Gerstbacher for 10 years. “He had a terrific sense of humor.”

A tourist dressed in an orange leisure suit with gold chains and matching white belt and shoes once asked Gerstbacher, “Can I go to Fisherman’s Wharf like this?” direction on the cable car. “Of course,” replied Gerstbacher. “There is no dress code there.”

The cable car was packed on its way back to Market Street from the dock at 4.40pm on a Sunday afternoon when the driver of a Chevy Camaro with its revving engine crossed the southbound lane near the corner of Chestnut Street in this which has been determined. be an intentional act of suicide.

As the cable car backed up, some passengers fell and others jumped in an attempt to save themselves. After heading forward, Gerstbacher helped McCann to his feet and, working together, they pulled the emergency brake and managed to stop the car with a shaky swerve.

The Camaro was destroyed, its driver killed. Twenty-three passengers were injured, as was McCann. But it could have been much worse.

As Chronicle Transit reporter Harre Demoro later reported, “Dazed and bloodied, McCann remained at his post and, assisted by conductor Charles Gerstbacher, heroically averted further tragedy by preventing the damaged cable car from plunging out of control in the steep slope”.

After receiving the Medal of Honor from the U.S. Department of Transportation, his wife, Cathy, insisted on hanging it in the living room. “He was embarrassed by the attention he was getting,” Kelly said. “When people called him a hero, he said a ‘hero’ is a baloney sandwich you get at the Woolworth counter.”

The cable car is hard work in all weathers. At the end of the race, both operators must dismount and resume pushing the car around the turntable to head the other way. Gerstbacher’s back problem worsened and he retired on his 58th birthday, in 2004.

He then changed his dedication to the Rose Garden in Golden Gate Park. Eventually he returned home and planted his own miniature rose garden outside his house in Rockwood Court. As the garden grew, he replaced the lawn with planters. There are now 35 plants divided into three sections, blooming pink, red, yellow and orange.

The roses were dormant that winter when Gerstbacher developed extreme difficulty swallowing. He was admitted to CPMC for what became a six-week stay. Visitors weren’t allowed due to COVID-19 protocols, so he celebrated his 76th birthday on Feb. 2 with the nursing staff. Her daughter had two dozen cupcakes delivered. On their 52nd birthday, February 7, Gerstbacher had 18 long-stemmed red roses sent to his wife from her hospital bed. He died the next morning.

A GoFundMe page has been launched to pay for a bench in Gerstbacher’s name. The goal of $10,000 was reached in two weeks, with 59 donors. The money will be used to put the rose garden bench in the park.